Invoking a Special Kind of Nostalgia 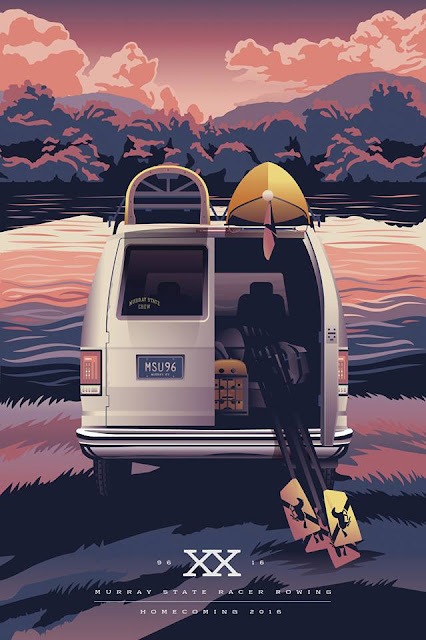 Longtime team designer, Joe Kayse has unveiled the poster to commemorate our 20th Anniversary celebration. Depicting The Rosemary Crisp in it's sectional, "travel mode", the poster invokes a special nostalgia for those of us whose regatta experiences involved unstrapping the boat, from the roof of a university panel van, sealing the middle with Vaseline and hoping beyond hopes that the seal would hold through the end of racing.

Ah those formative years--when the notion of the team owning a boat trailer seemed as distant a dream as owning more than one boat. Look how far we've come!

Joe Kayse has produced posters for previous homecoming gatherings as well as designs for the team's official website and The Racer Rowing Society Blog. A Generation II alumnus, Joe rowed from '97 until graduating in 2001. Joe is an Associate Creative Director at Bohan in Nashville, TN.
Posted by Michael S. Moode at 2:28 PM